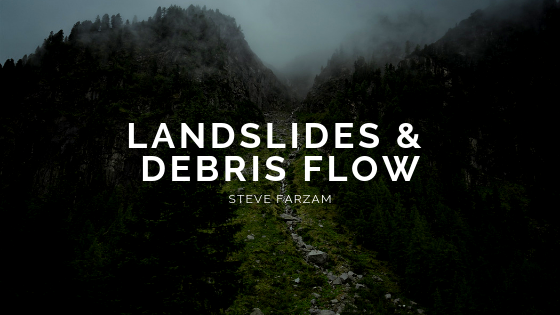 Landslides can happen anywhere, often due to tectonic instability, storms, fires and also human excavation efforts. Because they can happen swiftly, it is best to look for environmental changes that might herald a potential landslide. Landslides occur when terrain rapidly moves downward along slopes or when water quickly soaks the ground until it becomes a muddy slurry. This slurry can travel swiftly, hitting without notice. The momentum of this travel means landslides can move several miles beyond their origin point, growing in size by collecting debris as it passes through.

The chief causes of landslides include mismanagement of rocky and coastal lands and fire-ravaged areas during a storm. Proper zoning for land-usage, inspection of the area and mindful architecture can do wonders for reducing the chance of a landslide.

Here are several precautions for landslides:

Any of the following items signal a potential landslide:

What to Do During a Landslide

Recovering From a Landslide