Steve Farzam is a leader in hospitality, travel, emergency services and medicine, disaster prevention and relief, and more. A Seattle native, he was born to two immigrant Jewish Iranian parents who fled to America to provide a better life for his three older siblings. To this day, Steve lives the legacy that his parents created for themselves and for their family. He has a strong work ethic, a passion for service and a love of hospitality, along with an appreciation for living each day to the fullest, always treating others with kindness and not taking anything for granted.  These values have inspired Steve Farzam to give back to his community and help others however he can.

From a young age, it was clear that Steve was a natural leader with a diverse range of interests. He excelled in areas of sociology, emergency medicine and law. Steve earned his Bachelor of Arts in Sociology from Cal State University Northridge and most recently earned his Juris Doctorate at William Taft Law School. He also earned his National Registry Paramedic certification where he later worked as a flight paramedic in Arizona while teaching as a professor of emergency medicine at a local college.

Steve Farzam previously taught treatment modalities to First Responders and EMT’s in the EMS Program at Southwestern College. He taught at East Los Angeles College as well as an EMT instructor.

Steve’s varied skill set and education has been one of his greatest assets, but considers his crowning achievement to be when in 2009 he received the medal of honor. Steve is a hero. One of his most honored awards is the Medal of Valor for bravery and heroic work, from the Burn Institute and the San Diego County Board of Supervisors, when he saved the life of an unconscious person who was trapped in a burning vehicle in 2008 while off-duty.

Prior to receiving this award, he was also humbled to help as a volunteer medic during Hurricane Katrina in New Orleans, and shared his knowledge of hurricane safety on prime time television. Steve Farzam has a tremendous respect for safety and disaster preparedness. He once appeared on the Tyra Banks show where he discussed being proactive for accident safety.

In addition, Steve has a wide variety of volunteer experience at organizations such as the Society for the Prevention of Cruelty to Animals (SPCA), Scripps Hospital, and the American Red Cross. He holds memberships in organizations such as the International Association of EMT’s and Paramedics, Annals of Emergency Medicine, and California Narcotic Officers Association. Steve has been deemed a Superior Court expert witness in Emergency Medical Services.

In addition, Steve Farzam has been COO of Shore Hotel in Santa Monica, California since 2010.

This blog will focus on Steve’s most cherished experiences and lessons he has learned from community service, emergency medicine, and disaster relief. 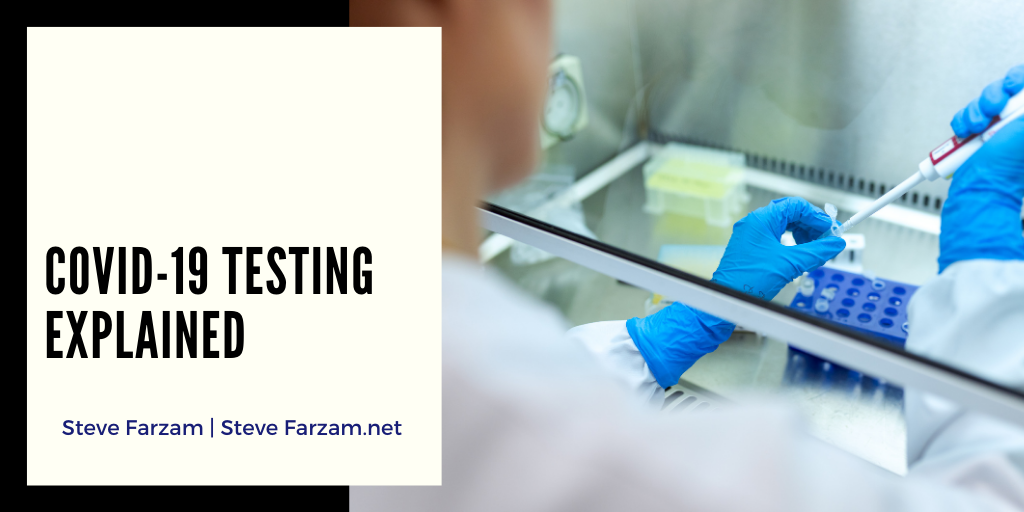 The ability to accurately test for the presence of COVID-19 is fundamental to our current battle against the coronavirus pandemic and a necessary tool for individual safety and health. Its swift, insidious spread and relative unfamiliarity to the medical community has...